WARNING: DO NOT ATTEMPT TO APPREHEND SUSPECT YOURSELF, SUBJECT MAY BE ARMED AND IS CONSIDERED DANGEROUS. IF SEEN, CONTACT YOUR LOCAL POLICE STATION ASAP.

Hispanic male 5 Feet 11 Inches 170 – 180 pounds Brown Eyes / Brown Hair
Crime information: On May 1st, 2015 at about 12:30 AM a male subject entered the Super C gas station and pointed a handgun at he clerk demanding money. The suspect was able to get an undisclosed amount and fled running south from the gas station. The suspect was last reported as possibly leaving a in a gray sedan travelling west bound on the 1600 Block of Kennedy Lane

Armed Robbery Suspect Hispanic male 5 Feet 6 Inches 180 pounds Brown Eyes / Black Hair Date of birth: October 13th, 1981 SLPD Case incident: 2015-10171
Crime information: On May 14th, 2015 Richard followed the victim to work, once at work Richard attempted to reach into the vehicle while the victim was sitting down inside. Richard then began to yell profanities and made several threats to the victim.

Forgery – Fraudulent Schemes Hispanic Female 5 Feet 5 Inches 140 to 180 pounds Brown Eyes / Brown Hair Date of birth: August 21st, 1989 SLPD Case incident: 2016-00384
Crime information: On December 20th 2015, Idalia cashed a fraudulent check at a local San Luis business. Idalia had cashed a check by using the personal information of another person on a check that was also found to be forged. 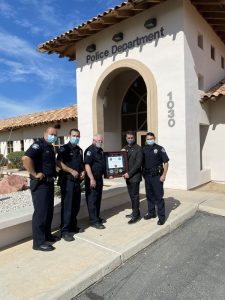 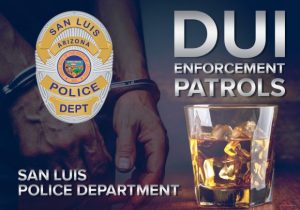 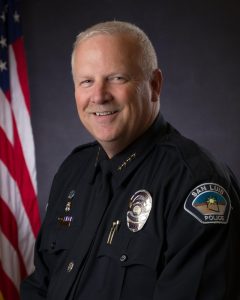 SLPD Chief Jessup has been selected to the Arizona Association of Chiefs of Police Board of Directors (AACOP).